#1
The 2020 NBA draft is quickly approaching (Nov. 18 on ESPN) and questions remain from top to bottom in this class.
Who will the Minnesota Timberwolves take at No. 1? What about the Golden State Warriors at No. 2? And which teams could look to trade up for LaMelo Ball, Anthony Edwards, James Wiseman or another top prospect?
Here's the latest mock draft featuring all 60 picks and new intel from around the league. We'll continue to update this mock until the draft officially begins. 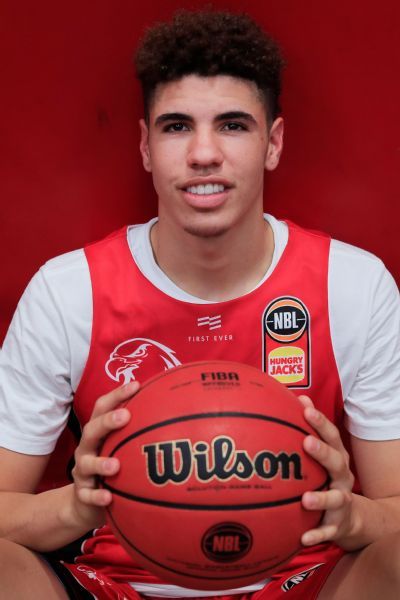 LaMelo Ball
Illawarra
G
Age: 19.2
Trade talks are ongoing for this pick, with several suitors emerging, but many around the NBA are operating under the assumption that Ball will be the selection here. A second meeting between Ball and the Timberwolves is expected to happen soon and could include basketball activity, which will certainly influence Minnesota's direction at No. 1. There are scenarios in which the Wolves could trade down to No. 3 and still end up with Ball, picking up additional pieces such as Miles Bridges and a future pick from the Charlotte Hornets.

James Wiseman
Memphis
C
Age: 19.6
The Warriors actively have been discussing trades, including scenarios that would net them a starting-caliber frontcourt player along with a pick in the top 10. The Bulls, Pistons and Knicks are among the candidates to trade up to No. 2. But if the Warriors keep this pick, most executives around the league expect them to end up selecting Wiseman, who would fill an immediate need at the center position while still possessing considerable upside.

Anthony Edwards
Georgia
G
Age: 19.2
A somewhat disappointing showing during his recent televised pro day -- at least from a conditioning and shooting consistency standpoint -- might have hurt Edwards' chances of being the No. 1 pick, but there is still considerable intrigue around his talent and long-term potential. The Hornets could definitely use an explosive wing in Edwards' mold to shoulder shot-creation duties and give them some of the star power they lack. 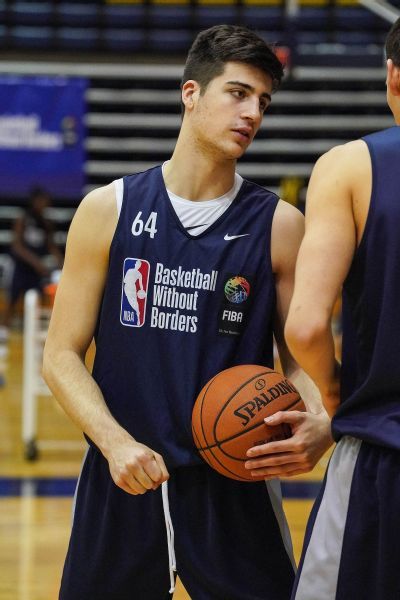 Deni Avdija
Maccabi
G/F
Age: 19.8
The draft starts here in the view of some NBA executives, after that first tier of prospects is off the board. While active in trade discussions, the Bulls already have several interesting young pieces that the new front office probably will want to learn more about firsthand. Avdija's size, versatility, feel for the game and role-playing potential make him a good fit anywhere, while also offering another playmaking option as he develops.

Obi Toppin
Dayton
F
Age: 22.6
There are several reasons for the Cavs to be attracted to Toppin, who played a couple of hours down the road at Dayton and would bring considerable enthusiasm with his explosive style of play. The best player in college basketball last season, Toppin is older than Collin Sexton, Darius Garland and Kevin Porter Jr., making him a fit with the team's timeline.

Isaac Okoro
Auburn
G/F
Age: 19.7
Okoro is the type of wing stopper who can go a long way in masking Trae Young's deficiencies on the defensive end, with his ability to guard point guards and power forwards alike. He has significant upside to grow into as well thanks to his budding passing and ballhandling ability while bringing the type of competitiveness and physicality the Hawks lacked at times last season. There's also buzz about the Hawks potentially trading down to the teens while adding another young yet more proven player to the roster.

Patrick Williams
Florida State
F
Age: 19.2
The big winner of the pre-draft process thus far, Williams rocketed into the top 10 as NBA teams gained a comfort level with his film and watched combo forwards in his mold make a significant impact in the playoffs. His defensive versatility is coveted in today's NBA, and the flashes he showed as a playmaker and shooter are areas that can theoretically be honed into consistent weapons with a strong player development infrastructure.

Tyrese Haliburton
Iowa State
G
Age: 20.6
This is the low end of Haliburton's draft range. He is also getting looks from Minnesota, Golden State, Chicago and Detroit. Haliburton brings the type of defensive versatility, unselfishness and shooting range the Knicks were lacking at times last season, making him a strong fit in a backcourt with RJ Barrett, who is at his best with the ball in his hands.
Last edited by a moderator: Nov 11, 2020

Onyeka Okongwu
USC
F/C
Age: 19.9
Okongwu is considered by some people around the league to be the best big man in this draft. His defensive versatility as a switch-all, rim-protecting center with a strong feel for the game makes him an excellent fit in the modern game, and he has significant upside to grow into offensively as well thanks to his reliable hands and soft touch.

Devin Vassell
Florida State
G/F
Age: 20.2
The Suns are looking heavily at point guards and wings, particularly those who complement Devin Booker. Vassell is the type of strong 3-and-D role player every NBA team is looking for. A late bloomer physically who showed significant versatility both on and off the ball at Florida State, Vassell has some offensive upside to grow into thanks to his above-average passing and ability to shoot off the dribble.

Aaron Nesmith
Vanderbilt
G/F
Age: 21.0
The Spurs are exploring both wings and bigs, as they have several positions of need in an aging frontcourt. Nesmith is one of the best shooters in the draft and has some multipositional versatility thanks to his excellent size, length and frame. 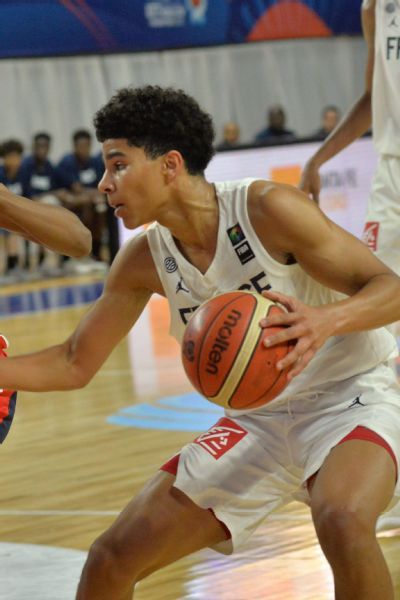 Killian Hayes
Ulm
G
Age: 19.2
Hayes has one of the wider draft ranges of any of the players in this tier of prospects, as he's getting looks from as high as Chicago (No. 4) and Detroit (No. 7). The glut of guards might ultimately push him down the board to Sacramento, which could use a solidly sized combo guard who can play alongside De'Aaron Fox while also taking over the backup point guard minutes.

Saddiq Bey
Villanova
F
Age: 21.5
New Orleans has an outstanding core of talent to build around and probably will look for pieces that complement its existing group. Adding shooting, strong on-court decision-making and defensive versatility probably will be a priority, and Bey ticks all of those boxes very well at 6-foot-8.

Kira Lewis Jr.
Alabama
G
Age: 19.6
Protecting the health of Kemba Walker, who has quite a few miles on his odometer, probably will be a priority as the Celtics try to position themselves for another deep playoff run. A young, speedy guard in Kira Lewis, who can both shoot and distribute, makes a lot of sense. 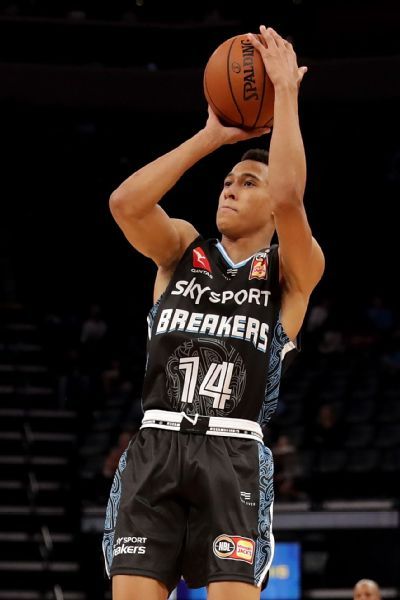 RJ Hampton
New Zealand
G
Age: 19.7
Finding a guard who complements Markelle Fultz is probably a priority with D.J. Augustin and potentially Evan Fournier entering free agency. Enter Hampton, who has excellent size and speed with considerable room to grow on both ends of the floor and no glaring flaws that can't be overcome in time.

Tyrese Maxey
Kentucky
G
Age: 20.0
The Blazers' starting backcourt logged a ton of minutes this past season, something the team probably will look to address either in free agency or on draft night. A versatile combo guard like Maxey could make a lot of sense with his ability to defend multiple positions and play pick-and-roll.
Last edited by a moderator: Nov 11, 2020

Precious Achiuwa
Memphis
F/C
Age: 21.1
This is probably the lower end of Achiuwa's range. Minnesota could certainly stand to add some depth at the power forward and center positions, as Achiuwa's versatility defensively and rim-running ability makes him an interesting fit alongside Karl-Anthony Towns.

Aleksej Pokusevski
Olympiacos
F
Age: 18.8
GM Donnie Nelson has had considerable success with international prospects and could very well be intrigued by the upside of Pokusevski, the youngest player in the draft and arguably the most distinctive. A 7-footer who can dribble, pass and shoot, Pokusevski is several years away physically but has impressive versatility on both ends of the floor.

Cole Anthony
North Carolina
G
Age: 20.4
The Nets are flush with ball handlers but have been active exploring backcourt options regardless, which makes sense considering it's the strength of this class. Anthony, a New York native who started the season projected in the top five, is an interesting buy-low candidate with proven scoring credentials and competitiveness.

Jalen Smith
Maryland
F
Age: 20.6
Like many big men in this draft, Smith has a fairly wide range, starting in the lottery and extending all the way to the mid-20s. His length, shooting range and rim-protection prowess should make him a fairly seamless fit on most NBA rosters as a modern stretch big man option, and his fit alongside a player like Bam Adebayo is particularly interesting.

Malachi Flynn
SDSU
G
Age: 22.5
Flynn has moved up draft boards rapidly as NBA teams have gotten more exposure to him in the workout hotspot of Las Vegas, where he has spent the pre-draft process. That has helped validate the outstanding season he had as one of the best players in college basketball, as well as his fit in today's NBA as a prolific pick-and-roll player with deep shooting range, strong decision-making and competitiveness defensively.

Josh Green
Arizona
G/F
Age: 19.9
Green will be a popular target in the Nos. 15-25 range as probably the top wing prospect still on the board. The Nuggets could certainly use an athletic, multipositional defender who can pass and shoot, and Green fits that criteria well. 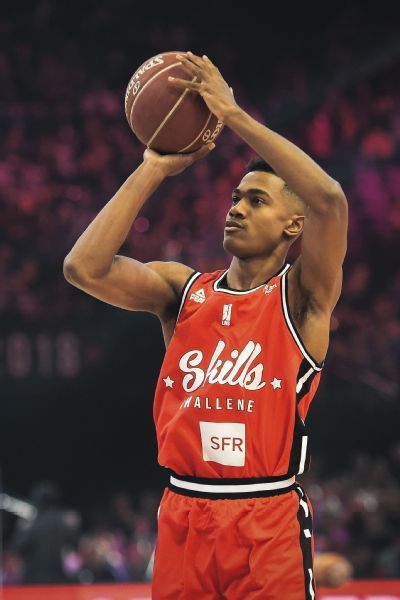 Theo Maledon
ASVEL
G
Age: 19.4
Maledon started the year projected much higher, but a somewhat disappointing season combined with the glut of point guards could cause him to drop to the latter part of the first round. The Jazz probably would appreciate the versatility, unselfishness and feel the young French guard offers, as he possesses considerable experience at the highest levels of European basketball.

Desmond Bane
TCU
G
Age: 22.3
Bane's deep shooting range -- converting 43% of his 3-pointers over his college career -- and strong feel have helped elevate his stock into the first round. The Bucks are in win-now mode and will want to add more shooting, passing and toughness surrounding Giannis Antetokounmpo.

Jaden McDaniels
Washington
F
Age: 20.1
McDaniels is getting a lot of buzz lately from teams in the late lottery and could end up being long gone at this stage. The long, fluid and tantalizing wing started the season projected in the top 10 but saw his stock crater in the midst of a disappointing season. 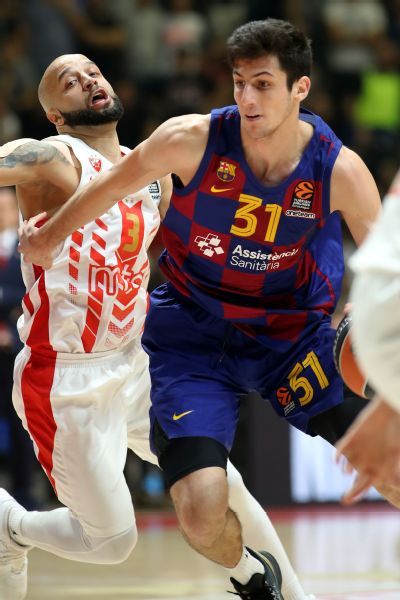 Leandro Bolmaro
FC Barcelona
G/F
Age: 20.1
Most teams expect the Celtics -- with three first-round picks and few roster spots -- to end up trading at least one of their selections. Bolmaro's situation as a rotation player in the ACB could make him an attractive stash option. His ballhandling and passing creativity at 6-7 stands out, along with his defensive intensity.

Isaiah Stewart
Washington
C
Age: 19.4
Stewart came into college with a tremendous résumé as the national player of the year, but he wasn't able to help Washington avoid a disappointing season. Still, his length, toughness and motor will serve him well in carving out a role at the NBA level, and there's reason to believe he can expand his shooting range eventually as well.

Tyrell Terry
Stanford
G
Age: 20.1
While many assume the defending champions will look toward more NBA-ready players, the Lakers seem to like Terry, who is getting looks as high as the late teens. His pure shooting stroke and creativity operating out of pick-and-roll is intriguing considering his youth.

Zeke Nnaji
Arizona
C
Age: 19.8
It's easy to see Nnaji developing into a capable big man rotation option thanks to his high activity level and potential as a floor spacer. He's jockeying for position in the first round with several other capable big men, giving him a fairly wide range starting in the early 20s and extending into the second round.

Xavier Tillman Sr.
MSU
PF
Age: 21.8
This pick depends heavily on what happens with the Celtics' two previous first-rounders, but many around the league expect them to select a big man if they have not done so already. Tillman stands out as a tough big man with defensive versatility who has shown some flashes as both a passer and shooter.